Good health is important, good care is critical. The NHS is renowned for its service to the British public in keeping us fit, healthy and supported throughout our lives. Internet Videocommunications' goal is to furnish Hospitals with state-of-the-art conferencing and collaboration solutions to enable clinicians to review and respond to patients with thoroughness and efficiency.

For almost thirty years Internet Videocommunications has partnered with the NHS to deploy cutting edge collaborative AV solutions to help save money, bring the experts together and ensure that our health service can provide the best possible care for all of us.

The NHS SBS’ goal is to deliver significant operational efficiencies, improved service quality and to generate £1 billion in savings for the NHS.

The Countess of Chester National Framework

The Countess of Chester Hospital Commercial Procurement Services (CPS) is a centre of procurement expertise providing strategic and specialist procurement services and advice to NHS trusts.

Internet Videocommunications is the only supplier on both NHS frameworks allowing us to supply solutions related to: 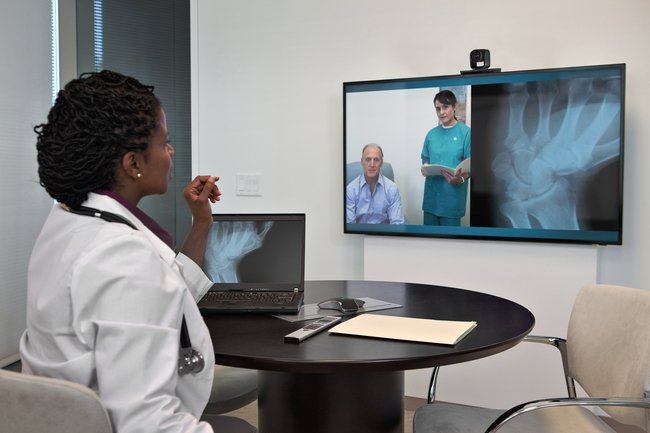 Migrating the NHS to Microsoft Teams

Multiple NHS Trusts are migrating to Microsoft Teams and the reasons why are clear with a survey finding that more than two million hours of staff time have been saved since the NHS rolled out Microsoft Teams.

NHS Digital rolled Teams out to 1.3million users with NHSmail accounts between 16-20 March 2020.  The roll-out was accelerated to help NHS staff better communicate and collaborate around their responses to Covid-19, and counter the increased risks associated with the virus. In the first six months, the communications platform was used across the health service as it replaced 14.5m phone calls and hosted more than 32m virtual meetings. It is estimated Teams has saved 2.9m hours for NHS staff in the six months between April and September 2021, which NHS Digital said have been put to “better use”. In one week alone nearly six million messages were sent between NHS staff and more than 1.3million meetings were held.

The Digital Workplace team at Imperial College Healthcare NHS Trust looked at the efficiency of using Teams and found that on average a staff member would save one minute by using the software instead of a phone each time they called a colleague. The study also found staff members saved five minutes every time they replaced an in-person meeting with a virtual one.

"When joining a Teams meeting there’s no need to spend time checking if a meeting room is available and no need to leave your work area to get to the meeting room. In many cases the time saving would be much greater than five minutes, especially if the meeting is being held at another hospital site.”

“This has been a gamechanger that enables health and care colleagues to connect, communicate and collaborate effortlessly. Having over 1.6m colleagues on the same secure communications platform is enabling massive improvements in how the whole system can work more effectively together.”
Chris Parsons, head of collaboration services for NHS Digital

The Benefits of  migrating to Microsoft Teams 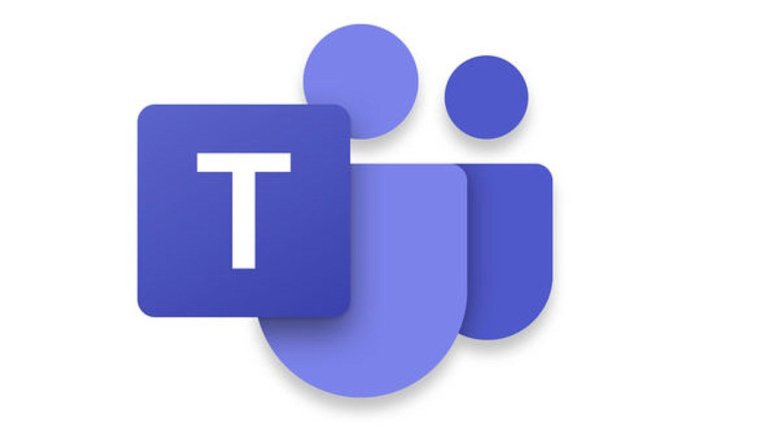 The efficient working of an MDT room is paramount in its day-to-day use. The technology needs to be intuitive, fast and reliable to ensure that the experts can focus on the important things and that patients experience the best in care: 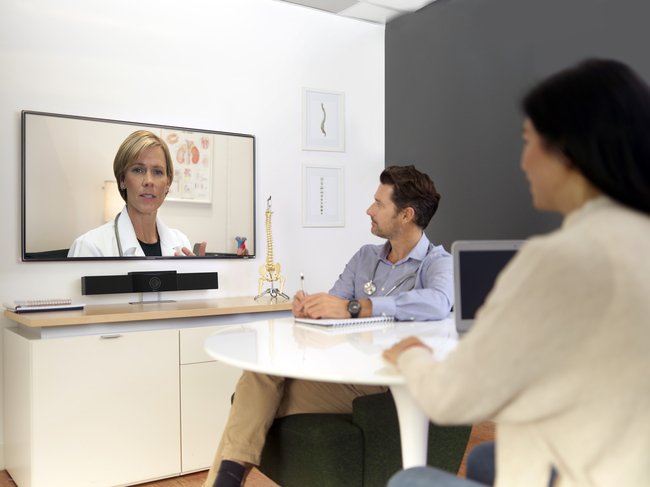 Care from the Cloud

Time is critical more than ever for healthcare providers. The effect of oversubscribed surgeries and long waiting times is not just detrimental to the public but also the healthcare professionals stretched to the limit trying to provide adequate care. Implementing Internet Videocommunications' cloud conferencing service, SightLink, is the solution to this and brings a host of benefits: 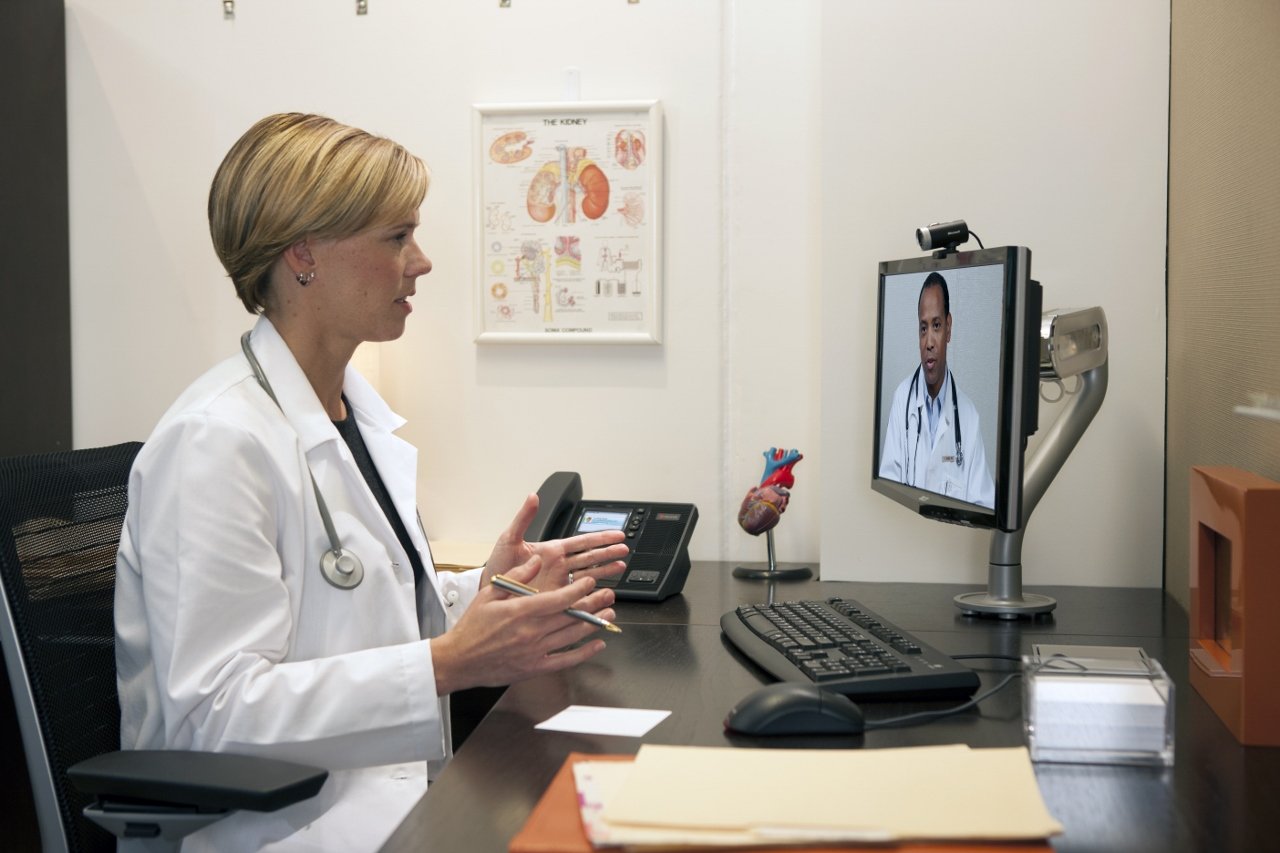 Delivering cost-saving collaboration to the NHS 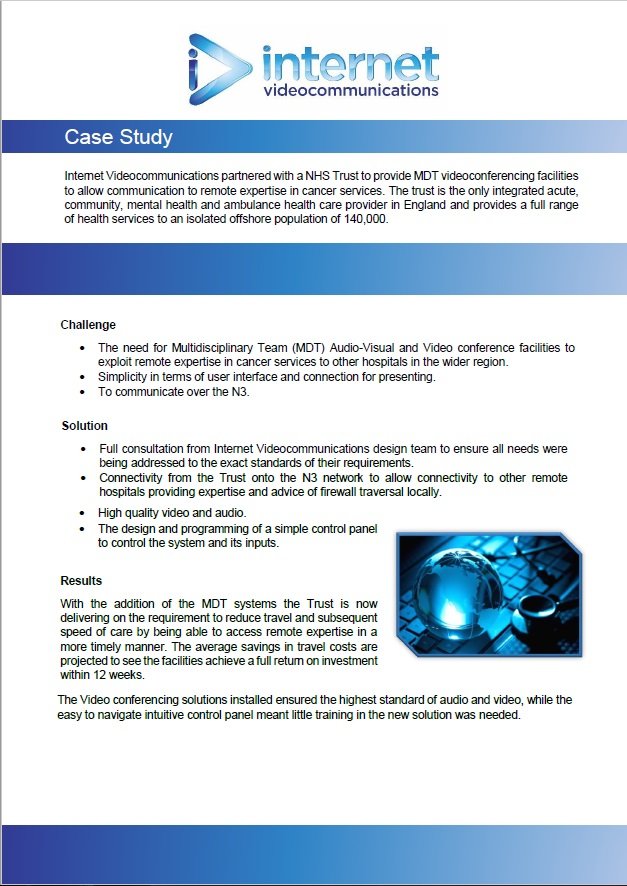 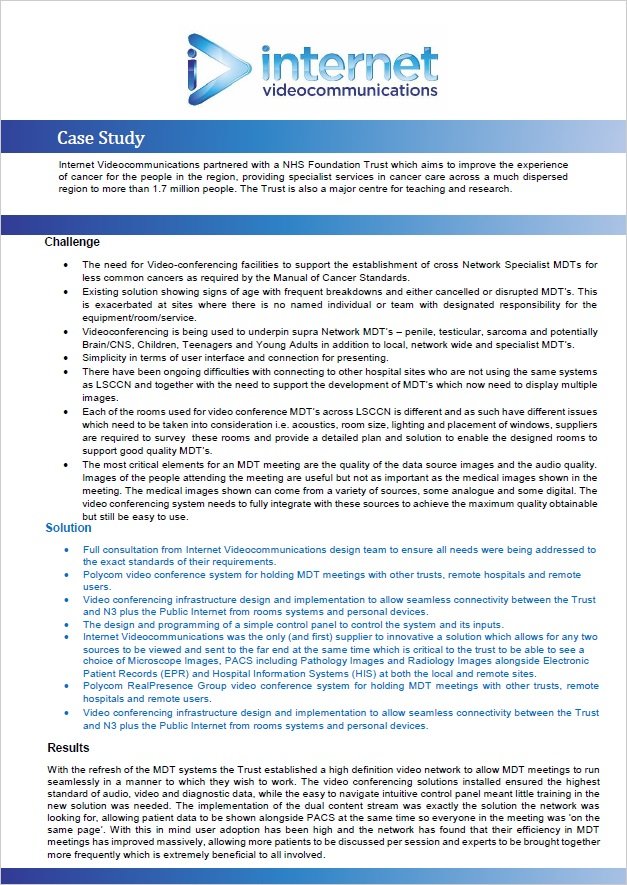 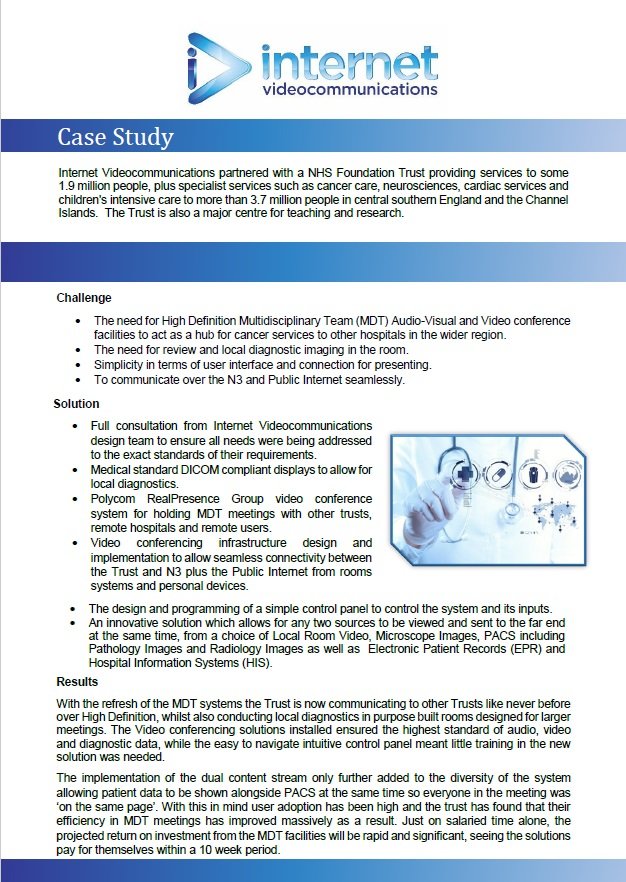 For a health check on your collaborative capabilities contact us today